10 Best Free Agents for the Lakers to Target This Summer The Los Angeles Lakers vaulted back into the headlines Thursday after trading for former MVP, Russell Westbrook, pairing him with LeBron James and Anthony Davis; now, they are tasked with finding the best free agents on the market to fill out their roster.

Despite Westbrook’s status as a sure-first first-ballot Hall of Famer, fans and pundits alike questioned whether or not he would fit in Tinseltown as an unproven winner that has not made the NBA Finals since 2012.

The Lakers only have five current players under contract for next season but are already very close to the luxury tax and need to fill out their roster with reliable players that can play their role on a championship team. While other moves could also be made in the trade market, these are the 10 best free agents available that would help the Lakers win the 2021-22 NBA Finals.

Re-signing Caruso is important for the Lakers because of his defensive intangibles and high basketball IQ; he was a starter in the closeout game of the 2020 NBA Finals and makes winning plays, even if he has deficiencies creating his own shot. Caruso also made 40.1% of his threes last season and is the most important cog amongst last year’s Lakers that are now free agents. 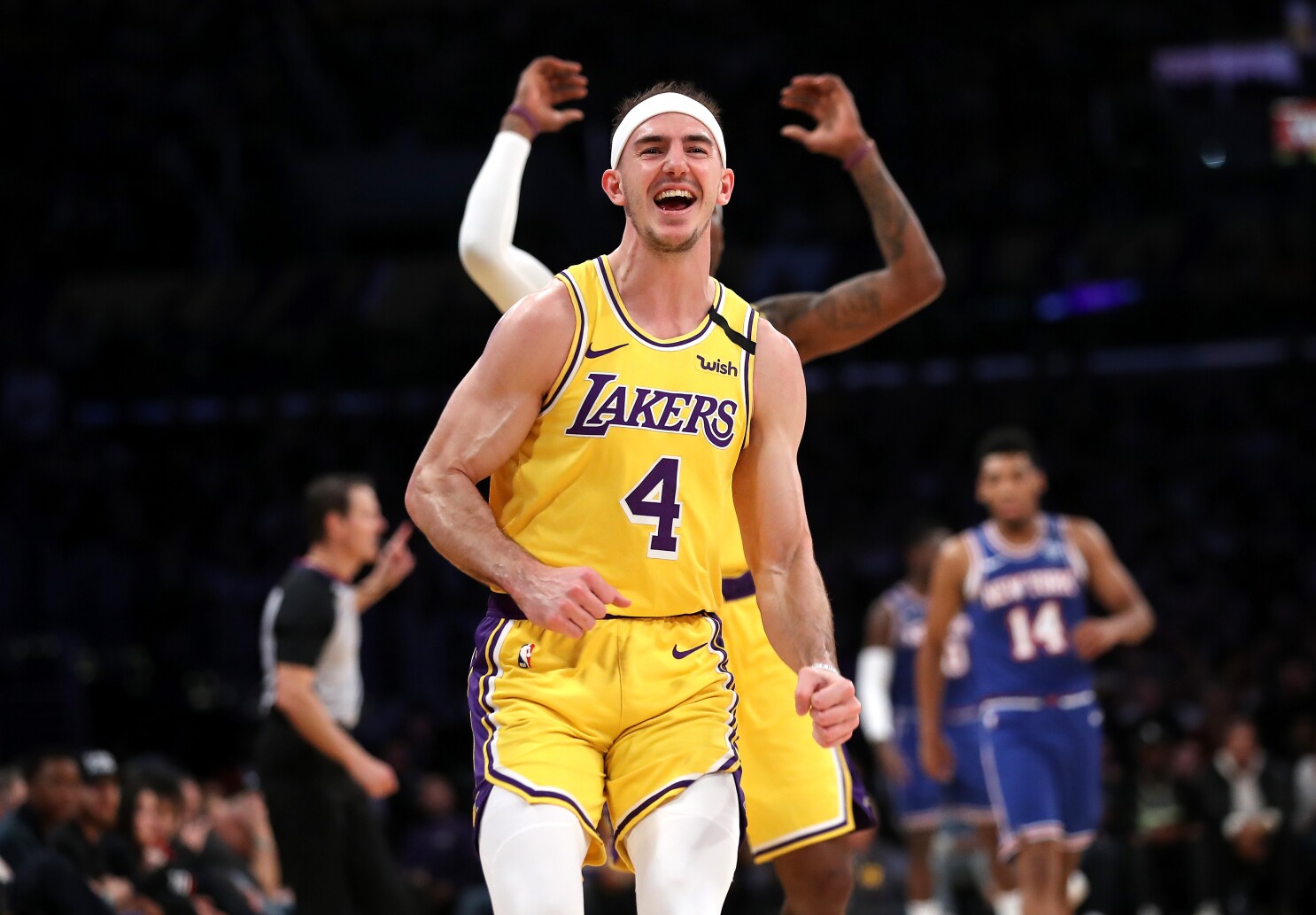 A four-year member of the Charlotte Hornets, Monk is far from a defensive stalwart, but he made 40.1% of his threes and 81.9% of his free throws last season. He also scored 20+ points off the bench eight times last season, with a season-high and career-high of 36 against the Miami Heat; he can take defenders off the dribble and brings energy and creativity to the Lakers’ roster, though he would be more serviceable in the regular season than the postseason.

Mills has already won an NBA Championship with the San Antonio Spurs and is extremely experienced in traversing the playoffs, which would benefit the Lakers tremendously. The 12-year vet is also highly intelligent and can run the second unit or function off-ball with the starters and knock down open shots from anywhere beyond the arc. If LA wants to win another title, they should target Mills, the most proven winner and one of the best free agents on the market.

Redick would not be much more than a one or two-year rental, but he is a three-point sniper that would benefit greatly from the space that comes with playing alongside LeBron James, Anthony Davis, and Russell Westbrook. A career 41.5% shooter from long-range, Redick is near the end of his career and would be likely to accept a smaller contract if it meant he could win his first ring.

Analytics implied that Melo’s career was done, but he has proved them wrong since returning to the NBA in a Portland Trail Blazers’ uniform; although he is one of the premier free agents on the market, the Lakers could get him for the minimum, coming off of a season in which he scored 13.4 points and made 40.9% of his threes in 24.5 minutes of action per night. Anthony is also extremely close with LeBron and would be willing to pour everything he has into a fight for his first title.

Tucker has one of the most interesting NBA careers ever, turning himself from a league-reject that was forced to play overseas into one of the most sought-after commodities amongst championship contenders. Tucker just won his first ring with the Milwaukee Bucks and would be expected to stay put, but in LA, he would receive more open looks than ever before and could handle the defensive dirty work that nobody on last year’s LA team prioritized.

Green is expected to be available on a small contract despite his ability to shoot around 40% from three and patrol the boards with great success; he was targeted by the Los Angeles Clippers and Denver Nuggets in his last two free agencies for a reason and would fit in well in the purple and gold.

These two are being grouped together because the Lakers never should have let them go after their championship run in the bubble; both bring defensive intensity and are tenacious rebounders and just overall good guys that can help the team in. 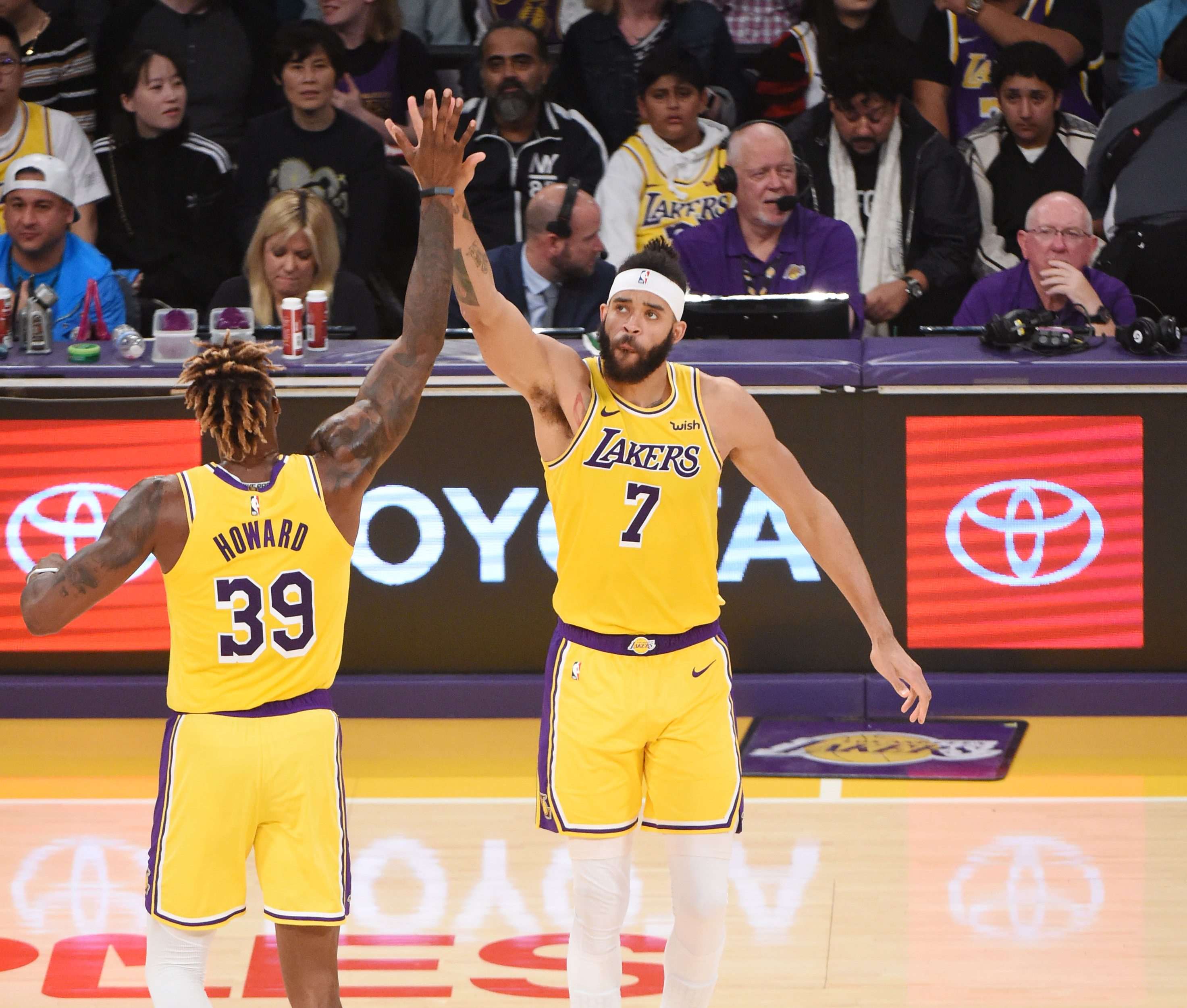 Besides being a fan-favorite, Boban is an exceptional rebounder at 7-foot-4, makes his free throws, does not require lots of playing time, and is one of the best screeners in basketball. He is not a floor-spacer, but he would work wonders coming off the bench when one of the Lakers’ primary ball handlers go out for their rest.

Theis shoots too many threes for a guy that is at 33.5% for a career, although he did make 38.8% of his triples during a year in which he only averaged one attempt per game, which would work for LA. Theis is also a solid rebounder that plays smart basketball and tries on defense, and he could give the Lakers 15 impactful minutes off the bench.

My name is Grant and I am a DMV native and a sports junkie through and through. My love for sports started when I was four years old, when one day I flipped the channel to Sportscenter on ESPN while I was eating my morning breakfast— not much has changed since then! If I'm not exercising or jamming out to some good music, you can find me listening to, watching or reading about the world of athletics. Brooklyn Nets Looking to Finally Put It All Together Hawks Stun Sixers in Phili, Look to Close Out Series at Home