How Big Is The Esports Market Worldwide? Esports is growing rapidly and is now a multi-billion dollar industry. Here we take a look at the worldwide esports market, and some of the key players in it.

The esports market is estimated to be worth around $1.1 billion in 2020, up from $696 million in 2018. This is expected to grow further to $1.65 billion by 2023. North America and Asia are the two largest markets for esports, accounting for around 60% of the global market. Major players in the esports industry include game publishers, such as Riot Games (League of Legends) and Blizzard Entertainment (Overwatch), as well as tournament organizers, such as ESL and Major League Gaming. There are also a number of investors, including venture capitalists, who are backing various esports startups.

The majority of this market is in the Asia-Pacific region, with China and South Korea leading the way

These two countries are home to some of the biggest esports teams and organizations in the world, such as SK Telecom T1 and Invictus Gaming.

The reasons why esports are so popular in these regions are many and varied. In China, for instance, the government has been supportive of the industry and has even hosted a number of large-scale tournaments.

This is in contrast to the situation in the West, where esports is often seen as a niche hobby. Nevertheless, there are a number of countries in Europe and North America where esports is growing in popularity.

Some of the most popular esports games include League of Legends, Dota 2, Counter-Strike: Global Offensive, Overwatch, and Hearthstone. These games are played by millions of people around the world and have large prize pools.

This is made up of both casual viewers and dedicated fans. The majority of esports fans are aged between 21 and 35, although there are also a significant number of younger fans.

The esports market is still growing, and it is expected to be worth around $3 billion by 2022. This growth is being driven by the increasing popularity of esports, as well as the growing interest from brands and investors.

With its large audience and global reach, esports is an attractive proposition for advertisers and sponsors. Brands such as Coca-Cola, Red Bull, and Intel have all invested in esports in recent years.

This will help to grow the industry even further, and make it more sustainable in the long term.

One in particular which has a direct relationship with esports is the betting industry. Esports betting sites have popped up all over the internet, and some of them are even offering special bonuses for people who bet on esports.

This is another area where the industry is expected to grow in the future. With more people watching and playing Esports, it’s only natural that more people will want to bet on the outcome of matches.

As well as betting, there is also a growing market for fantasy esports. This is where people can create teams of players, and then compete against each other based on the real-world performance of those players.

This is similar to traditional fantasy sports leagues, such as the NFL or Premier League.

Fantasy esports is a growing industry and is expected to be worth around $50 million by 2020.

The global esports market is already worth billions of dollars and is expected to continue to grow in the coming years. This growth will be driven by the increasing popularity of esports, as well as the growing interest from brands and investors. With its large audience and global reach, esports is an attractive proposition for advertisers and sponsors. 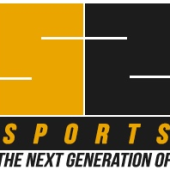 The Sports 2.0 Network is a family of dedicated, passionate, experienced, and knowledgeable sports writers -- simply looking to bring you the NEXT GENERATION of sports takes!