Juan Soto is now a San Diego Padre, so how did that affect the Padres’ World Series odds?

How did the Acquisition of Juan Soto Affect the San Diego Padres’ World Series Odds?

The San Diego Padres aren’t likely to win the NL West with the Los Angeles Dodgers currently having a 12.5 game lead over them, but with the expanded playoff format, the Padres went all in at the trade deadline. The Padres made one of the biggest trades in MLB history at the deadline in the hopes that they could win their first World Series in franchise history.

There are still 54 games remaining in the regular season, so a lot could change in that amount of time, but the Padres currently have the fifth-best odds to win the World Series at +1000.

We’ve all heard the comparisons. Juan Soto is practically the reincarnation of Hall of Famer Ted Williams. At Soto’s age, his walk rate and ability to capitalize on pitcher’s mistakes can really only be compared to Williams.

For that reason, the Padres made the blockbuster trade and acquired the 23-year-old All-Star from the Washington Nationals. Soto’s batting average is the lowest it’s ever been at .249, but when you’re part of a lineup that lacks offensive talent, it’s easier for pitchers to pitch around you. Even with the irregular batting average, Soto still has the 11th-best OPS at .902.

However, with a lineup that now consists of Manny Machado, Josh Bell, Brandon Drury and Fernando Tatis Jr. at some point, it’s going to be a lot more difficult to pitch around Soto. Besides maybe the Dodgers, the Padres have potentially built the most dangerous offense in the MLB.

They’ve had success in some areas and have been subpar in others, but the acquisitions that they made at the trade deadline have the potential to take this offense to another level.

Last season, the Padres’ pitching staff was 14th in ERA at 4.10 and 11th in home runs allowed at 205. With their pitching struggles, the Padres looked to upgrade their staff this past off-season and did so by adding starting pitcher Sean Manaea, which helped the Padres’ World Series odds. 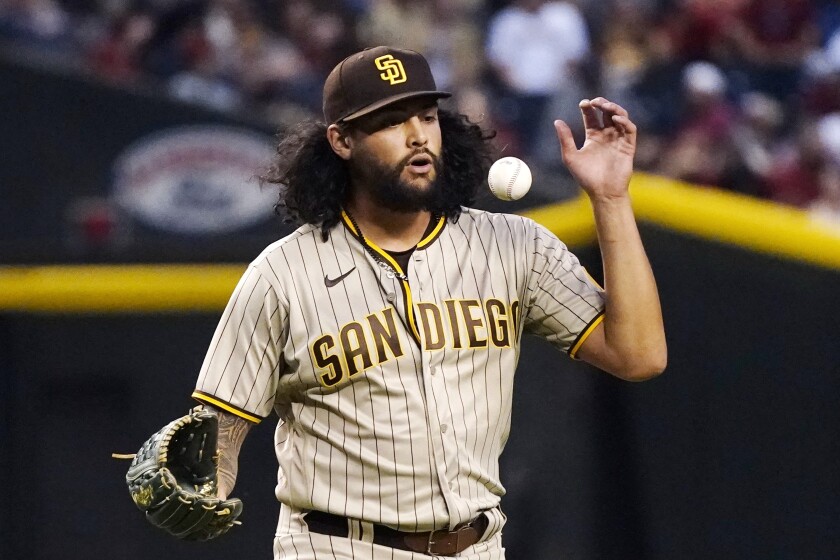 Manaea’s first 11 starts were subpar, accumulating a 3.52 ERA and 71 strikeouts in 69 innings pitched. However, he’s had a rough go of it on the mound in his last eight starts, posting a 5.49 ERA in 41 innings while giving up 10 home runs on 47 hits.

As a whole though, the Padres pitching staff has been one of the best in the league this season. They’re posting a 3.74 ERA, a 1.20 WHIP, have 965 total strikeouts and have allowed the eighth least home runs (106).

The staff has had their missteps like a lot of rotations do, but the staff looks to be more well-rounded than in the past. At the trade deadline, the Padres even gave their bullpen a big boost by trading for four-time All-Star closing pitcher Josh Hader.

The Padres used the trade deadline to become a more balanced team, and because of that, the Padres’ World Series odds of making it to the World Series increased mightily.