On Wednesday, Simone Biles, the greatest gymnast of all time, announced her decision to withdraw from Thursday’s individual all-around competition at the Tokyo Olympics to focus on her mental health and well-being. This announcement directly follows Biles’ decision to sit out of the team final.

“After further medical evaluation, Simone Biles has withdrawn from the final individual all-around competition at the Tokyo Olympic Games, in order to focus on her mental health,” USA Gymnastics said in a statement on Wednesday. “We wholeheartedly support Simone’s decision and applaud her bravery in prioritizing her well-being. Her courage shows, yet again, why she is a role model for so many.”

USA Gymnastics also announced that Jade Carey, the gymnast who earned the ninth-highest score in Olympic qualifications, will take Biles’ spot in the all-around competition on Thursday.

This announcement took the entire sports world by surprise; Simone Biles has been dominating gymnastics and the Olympics for years, and since Olympic veterans like Michael Phelps and Usain Bolt have retired since Rio, she has served as the face of the 2021 Tokyo Games.

She topped qualifying on Sunday despite piling up mandatory deductions on vault, floor, and beam following shaky dismounts. 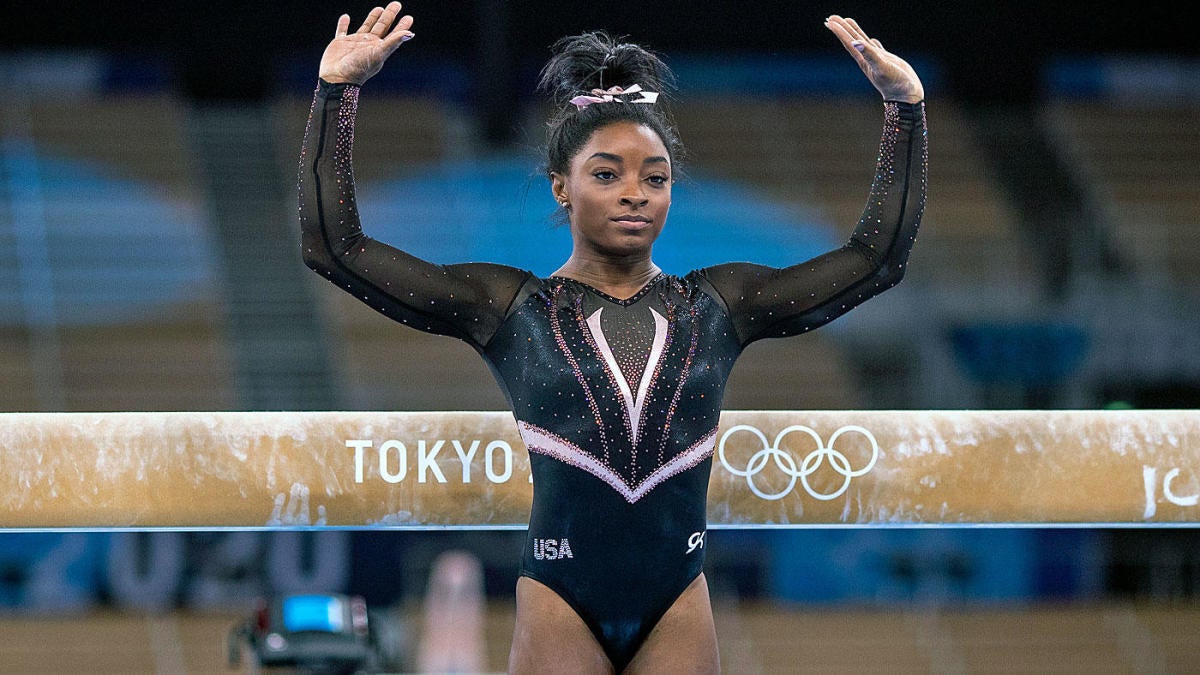 Simone Biles, the greatest gymnast of all time, announced her decision to withdraw from Thursday’s individual all-around competition at the Tokyo Olympics to focus on her mental health and well-being.

According to ESPN, Biles posted on social media on Monday that she felt the weight of the world on her shoulders, and that weight became too heavy after vaulting during the team finals. She did not perform well; she lost herself midair and completed 1½ twists instead of 2½. This vault performance earned her 13.766 points, the lowest vault score of her entire Olympics career. After the vault, she consulted U.S. team doctor Marcia Faustin before leaving the competition. She did not continue to perform, but she stayed to cheer on her teammates and watched them proudly as they won silver behind the Russian Olympic Committee.

Unafraid to openly discuss her mental health issues, Biles clarified that she made the decision to withdraw for her personal well-being and that she is dealing with some mental and internal issues of her own. She also added that she worried her stress would negatively impact her performance, the team’s performance, and the U.S.’s chances to win a medal.

“I’m also not having as much fun,” Biles said, beginning to cry. “This Olympic Games, I wanted it to be for myself. I came in and felt I was still doing it for other people. So that just hurts my heart that doing what I love has been kind of taken away from me, to please other people.”

Following Biles’ announcement, she received a heartwarming flood of support from her teammates, coaches, fellow athletes, and celebrities. Although most of the reactions to this surprising turn of events were supportive and kind, Biles still received a fair amount of criticism for this decision; British TV personality Piers Morgan called Biles out for “quitting,” conservative radio personality Ben Shapiro said it is “horrible” that the media is praising her,” and Fox News anchor Tucker Carlson called her “selfish and unfit to be a gold medalist.”

Despite the negative criticism from conservatives, sports fans, athletes, and famous people have shown overwhelming support for Biles, praising her and commending her for breaking the stigma around mental health, especially in the sports world as a black female athlete.

Chelsea Handler notably wrote on Twitter, “It’s amazing that women get called “emotional” when I have never seen more men throwing tantrums about Simone Biles.” It seems that a majority of the sports world is ready and willing to defend Biles for being so candid and open about her mental health issues, and while we hope she takes the appropriate amount of time to recover and rest, we also hope we have not seen the last of her in Tokyo yet.

Biles has said that she is planning to take it day by day. Her remaining individual events, finals in vault, beam, uneven bars, and floor, start on Sunday, and Biles has not completely ruled out the possibility of competing in them.

The mental health and stress levels of athletes are something that is not discussed enough, but as time passes, more and more athletes choose to open up about their struggles, like Naomi Osaka and now Simone Biles. It is refreshing and wonderful to see so many athletes, female athletes, in particular, stand up for themselves in a world that has not paid any attention to their mental health struggles in the past. Who Should Be Handed the Keys on NFL Week 1? UFC Fight Night: A Closer Look at Hall vs Strickland